Animatio (Lat.): “A bestowing of life”

In this blog post, we’ll discuss the process of rigging and animation that breathes life and personality into the heroes of Cryowar.

Uniformity in rigging and animation, ease of importing within Unreal Engine 4, and reusability are key to the Kipi Interactive workflow. That’s why we use a rigging template allowing the skeleton to snap to the new 3D model with relative ease.
Usually, the models have similar proportions, so what we need to do is adjust the bones to the volume of the body. Specific elements, like the character’s gender, hood, shoulder pads and their weapons need to be developed for each unique hero.
After the skeleton is finished, we skin the model. Every vertex is connected to the appropriate bones. Then we run a series of extreme and exaggerated poses of the character to make sure no textures are stretching and no geometries are overlapping. 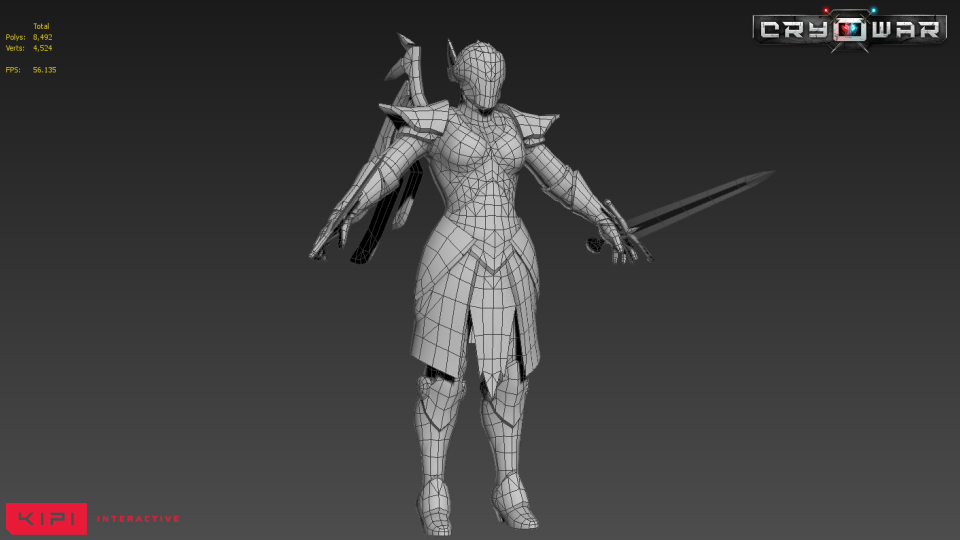 There are two categories of animations in Cryowar: menu and in-game.
The first ones are more relaxed and realistic, but keep the aesthetic and feel of the game. These span from the idle breathing movements of the warrior, to characteristic gestures that enhance the personality of every unique hero.
The second ones are used inside the arena. They are generally more stylized and exaggerated in order to compensate for the smaller scale of the character on the screen and to prevent the warrior from looking static and dull. While the menu animations are longer and more intricate, the in-game ones are quick and sharp. Preparation, attack, and recovery animations are significantly shorter in length to keep the dynamic feel of the game.

Every character has a set of matching animations, like idle, run, and death. However, we make sure these are also unique to every hero. They are made to go together with the visual style of the character.
Additionally, every hero has specific attack animations in which they wield their signature weapons and spells.
All animations are enhanced with visual effects – stay tuned for a dedicated blog post on the matter.

After all the required animations are completed (usually a set of about 30) we impоrt them in the engine. The animations are tied together in complex structures, allowing them to play and flow smoothly from one pose or action to the next. Proper transition is key here. For example, every Cryowar character is programmed and animated to be able to face an enemy in a 360-degree radius while running in any direction. This is achieved by using 12 different animations that blend with one another depending on parameters based on the player input. 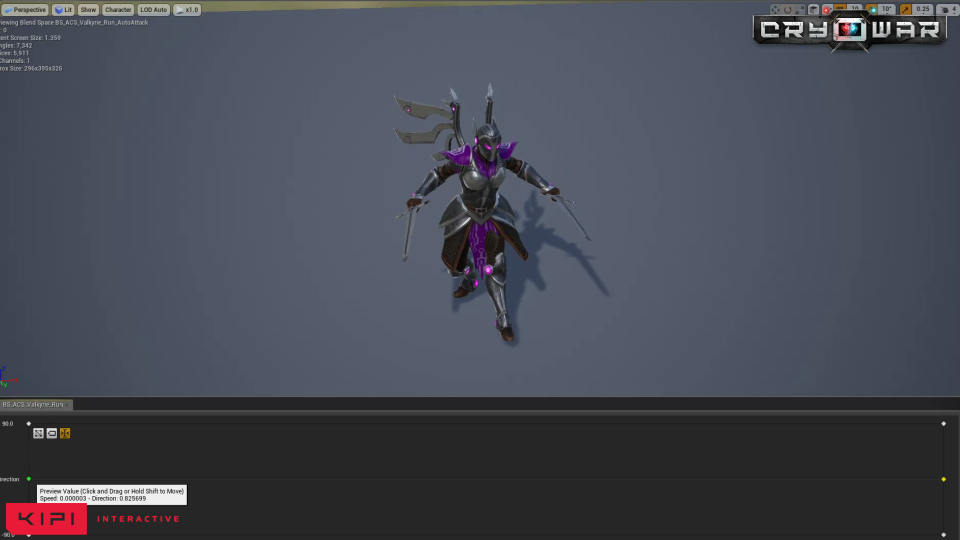 This, in short, is the rigging and animation process that goes inside each Cryowar hero. If you have any questions, don’t hesitate to hit us up on our Discord server and social media pages. See you there!