The Concept Art of Cryowar

In today’s entry of the Kipi blog, we’ll be discussing concept art and its importance during character creation.

Concept art is the stepping stone for the creation of any character and we at Kipi take great care to find logic and function for our heroes. We always think about how they move, how they interact with each other and what their role within the world is. The first character for Cryowar was the Centurion and through him, we had the chance to look at what we wanted our world to be and how far to explore it. After a few discussions along with initial sketches, it was decided that we would lean toward a medieval theme mixed with sci-fi elements, treated almost as if the characters are imbued with magic. The Centurion was to be a warrior able to use close and long-range weapons and have mechanical limbs.

Various styles for the Centurion were considered

The character creation process usually involves a bit of back and forth between the artist and the rest of the team. As we went further along with the Centurion, we discussed how he would hold his weapons, how he would function within the game, what parts of him would be noticeable and what parts would not be, given our isometric camera angle.

This led to a few changes in design, some added details and some discarded ones. 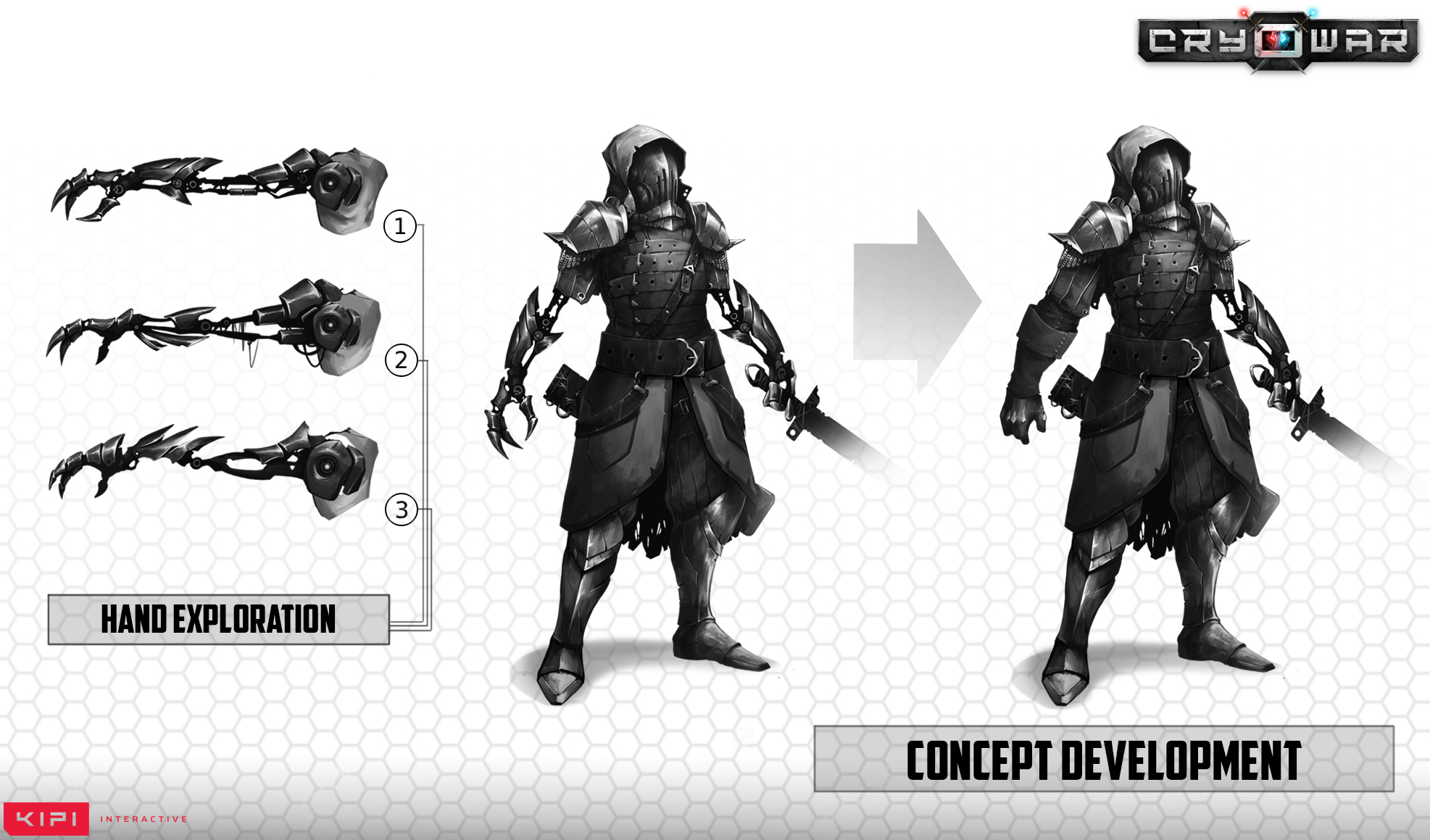 We started designing and exploring what his prosthetic might look like, trying to find an interesting and threatening feel. We also came to the conclusion that we can’t make both his arms mechanical as that might make him look more robotic than intended and that medieval aesthetic we were trying to keep might get lost. Thus, it was decided that he would keep one of his arms!

At that point of development, we really wanted to keep some of the mystery of our characters, so a hood and a helmet were a great way to hide the Centurion’s “humanity” and managing to make him a bit more threatening. 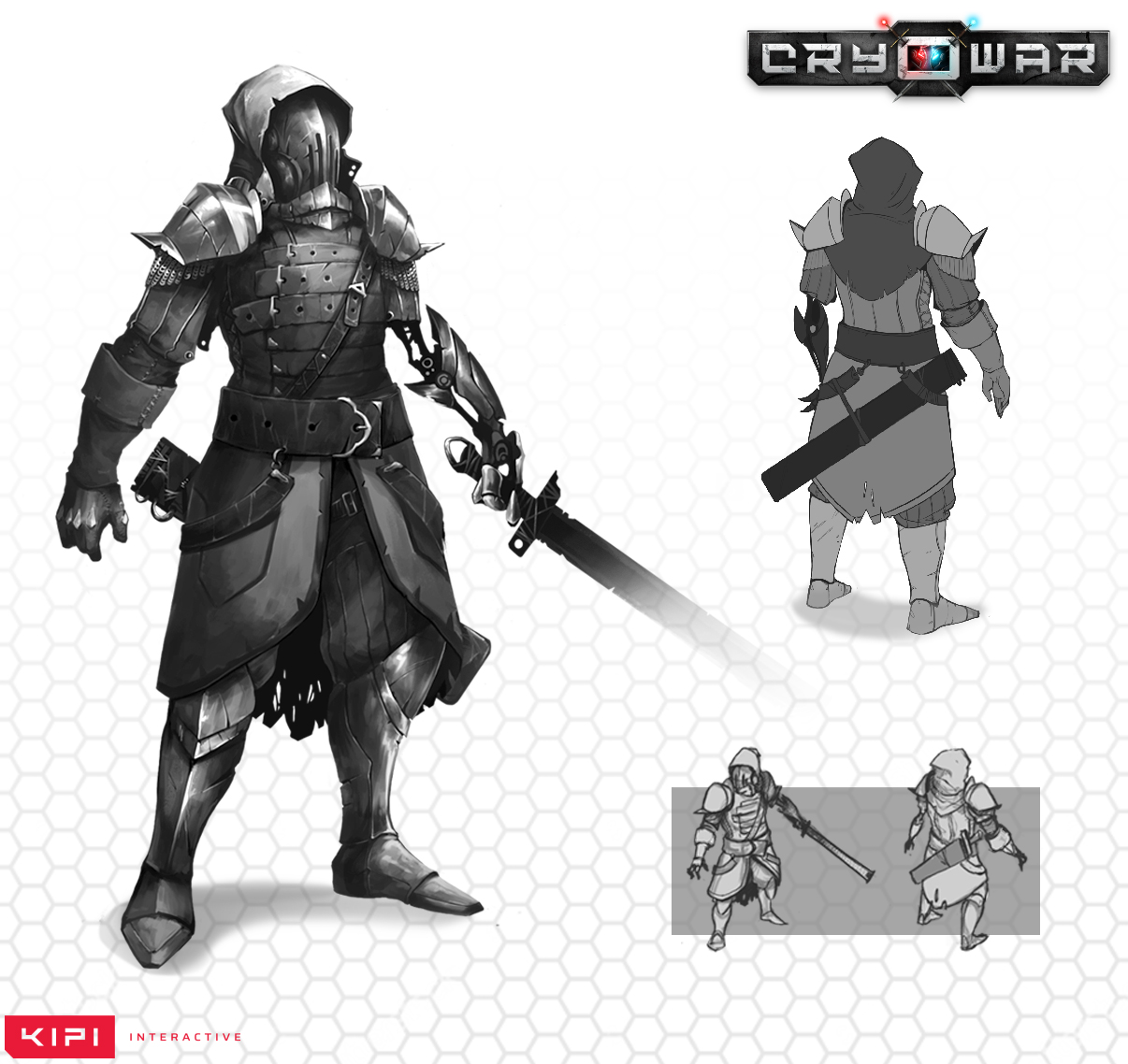 I wouldn’t mess with this guy

After discussing his potential weapons and the way the character carried himself, a final concept design was drafted. The back of the character, as well as a simple isometric view, were designed in order to answer some of the questions that would come around during the 3d stage of development.

Something interesting to note: as with most designs, once the sketch goes into the 3d production, a few new issues could arise. In our case, we needed to redesign the metallic arm in order for it to be more visible from our camera angle, as it would otherwise get almost lost while in the heat of battle. 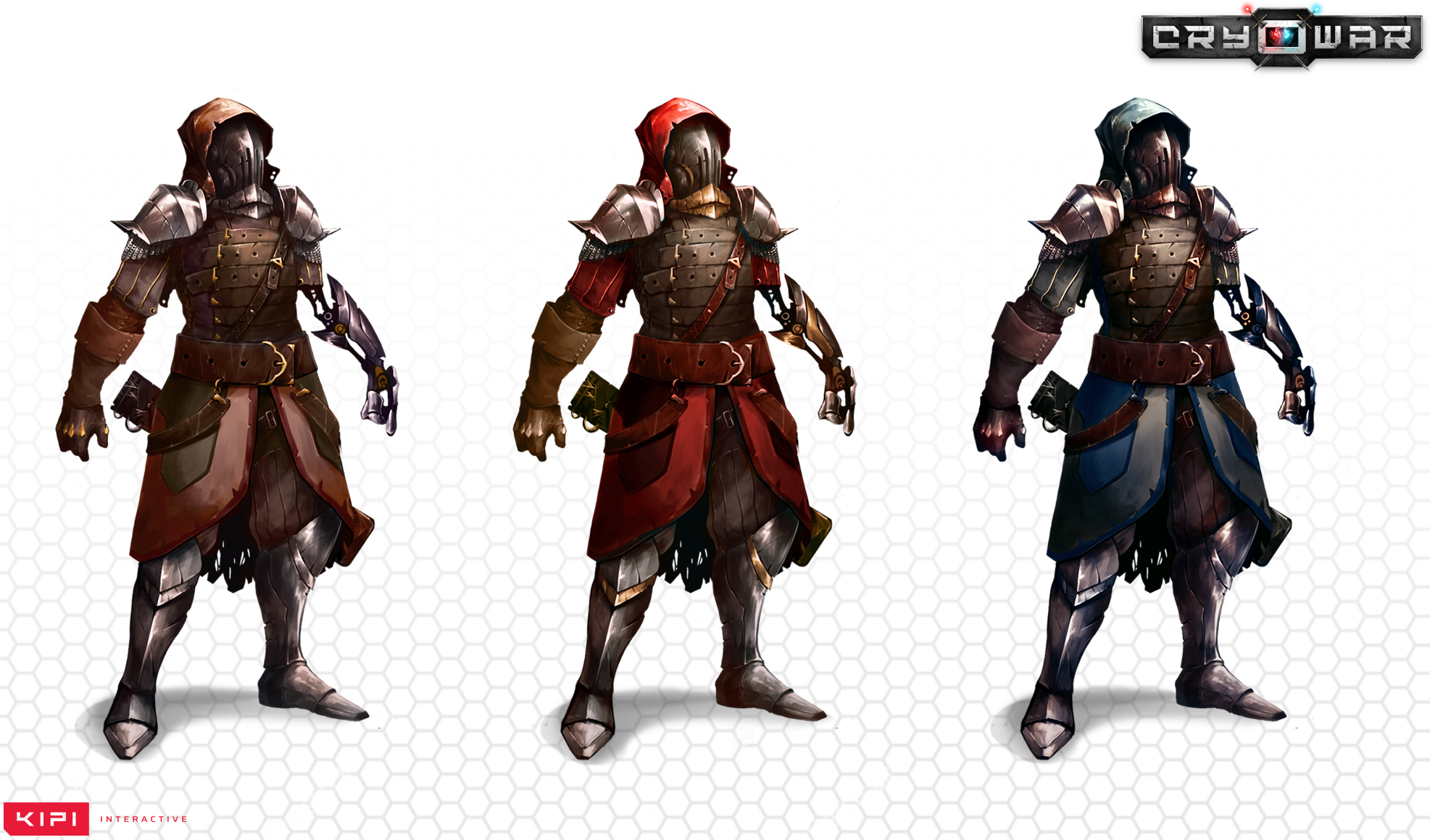 Even subtle changes in color can have a big impact

A few color variations later, our Centurion was ready to go into full 3D development.

The whole process goes beyond just sketches and ideas. It involves a large part of the team, as well as various discussions and design choices.

The Centurion was a great character to kick off the development of Cryowar, as he gave us the opportunity to explore what worked and what didn’t – in terms of 2D and 3D, but also with gameplay, animation, and even worldbuilding.

Hopefully, he will get you hyped just as much as he excited us. If you have any questions or comments, don’t hesitate to connect with us on social media or through our Discord server. See you there! 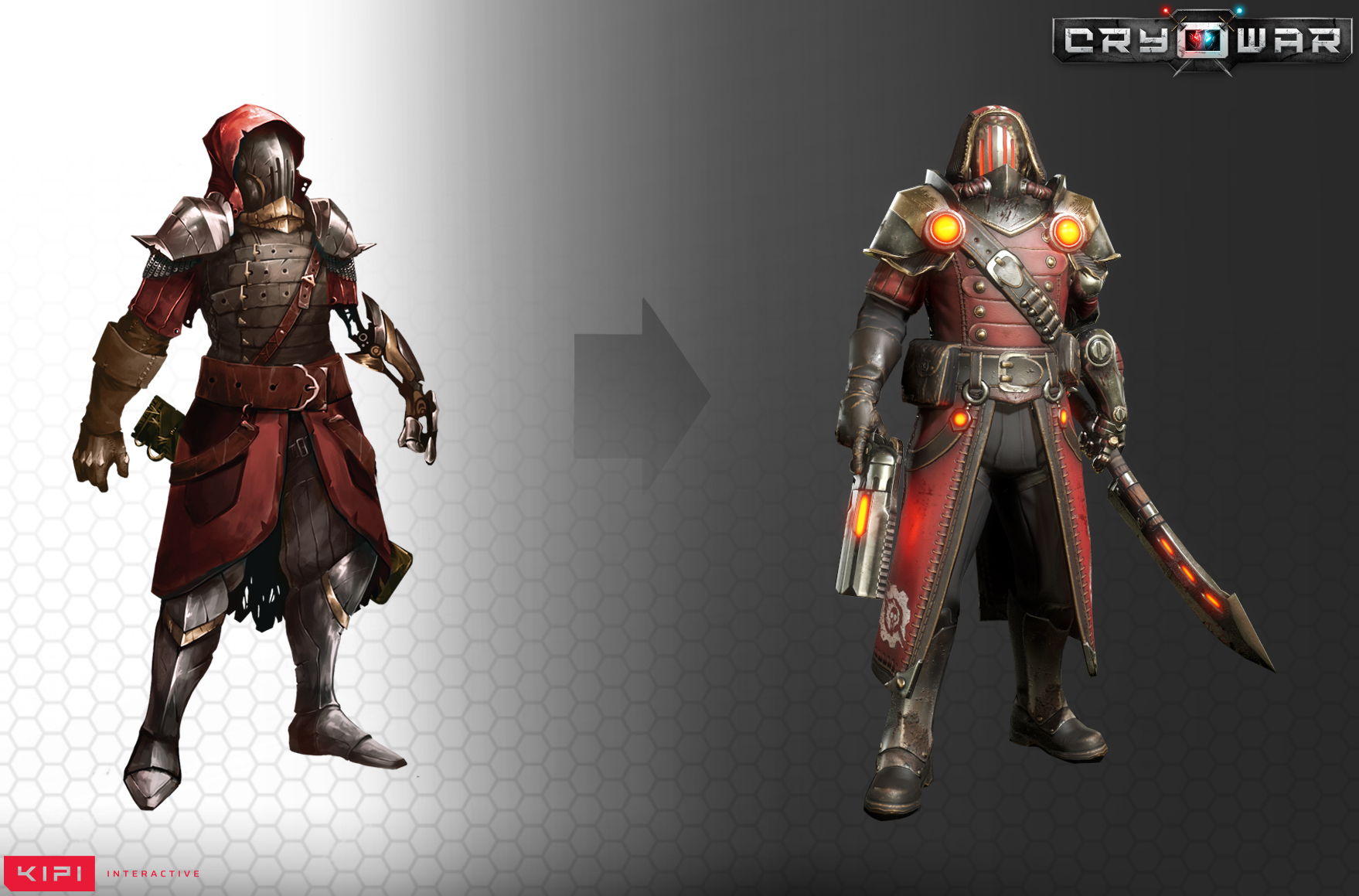 From concept to a living and breathing character